I have been busy, very busy.... my little fingers are sore, but I am so ecstatic with all the new work.

I am eagerly preparing for my grand open house:

I also want to extend a heartfelt thank you to all who came to visit us at Fair November and to those who took a piece home with them...... Your support means the world, and the connections just get stronger and stronger.

I am planning on doing a BIG etsy update this week, so please stay tuned... many of these pieces will end up on etsy...

The last few weeks feel like a bit of a daze.... I was sick a few weeks back which robbed me of my energy... I am still sounding quite "horse" but I am better....

I am slowly rekindling and taking time to drink tea and sip soups....

I am praying for snow.... I told the bank teller that the other day and a fellow just glared at me.... Really, what is winter without snow???

You know that feeling when you wake up after a great snowfall... the peace, the tranquility.... nothing compares.... nothing.

So today, I pray for snow, peace and tranquility.

I pray that these pieces may touch a piece of your soul and bring you the peace that they bring me in their creation.

You have all touched my soul.

I am grateful for you.

Oh my gosh… these just are Pure delight. Playful, soulful, deep. I wish I could collect all of your peices, I love them so much! 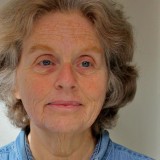 These are so beautiful, Naomi.

I saw your work and you and Emiliano at Wearable Art in Burlington. I was warmed and touched by connecting with you, if only briefly.

One question – I looked but couldn’t find the location for your open house. I probably missed it but if you could let me know, I would appreciate it.