Off to float in the dead sea

SO much life, so much inspiration....

Emiliano and I are off on a family trip to Israel on Monday and we are soooo excited.... so is the little one in my belly, I have been feeling little flips and kicks all week.... what a profound feeling.

We are planning to travel all over, ride on camels, hike in the desert, climb Masada and float in the Dead Sea...

Some think I am crazy to want to do all of this at 5 months pregnant....

This is the best time for adventure!! I have sooooo much energy, and I feel sooo full of life and vitality...

Anyways, I was hoping to keep this short and sweet, but I guess I need to ramble... its just so satisfying.

On the studio front, things have been shifting gears, and I have finished a lovely handful of beauties this week... I offer them to you...

Eye candy, and body wear, whatever you choose... they have come into being from my heart and soul to yours...

This is just the first load... more to come tomorrow so check back!!! 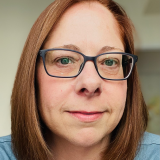 Ooooo! The Fairy Queen is stunning…I hope to see it in person soon. Enjoy your time abroad!

this new work is just STUNNING !!!

Enjoy your time in Israel, what an amazing experience it will be…. <3