What happens when an inspired mama reunites with her stones?

if the time is right.

I had two full days in the studio this week! This is the first time in a very long while I got into my groove.

I knew that there was some creative repression going on, however I had no clue to what extent.

What you will witness below says it all!!!

I honestly didn't think I still had it in me!!

Thanks to Rio who napped this week and thanks to my amazing husband Emiliano,

who took over the household chores today.

I am in totally bliss.

AND Right in time for Summerfolk this weekend!!

If any of these speak to you, send me a line as all these beauties will accompany me this weekend :)

I hope you all enjoy these as much as I enjoyed making them!!! 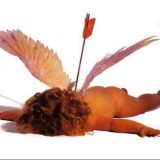